International Women’s Day – Is it relevant in 2018? 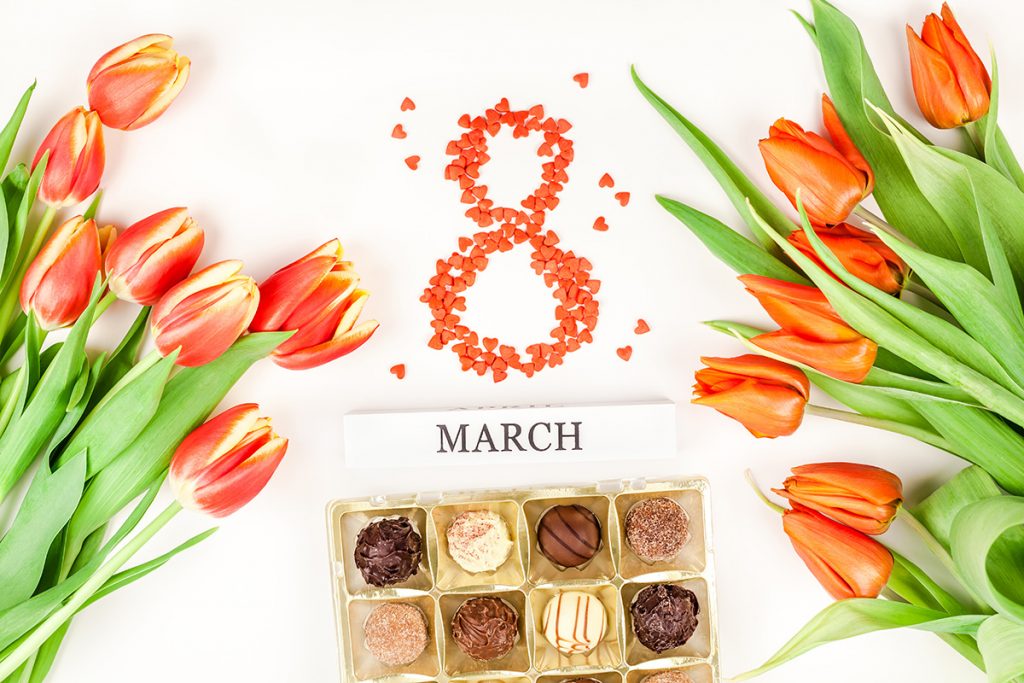 Today we celebrate International Women’s Day (IWD), this is the 107th annual celebration of IWD and the 80th anniversary of IWD in Perth. This world wide event celebrates women’s achievements and the pursuit of gender equality (and if my trip to the shops today is anything to go by it’s a great marketing ploy to sell active wear, make up and jewellery but I’ll try and leave my soapboxing about that for another day!).

I wrote this blog post earlier today but I am just getting to the point of being able to post it now and I feel the need to add some information. I keep hearing ‘why should I be celebrated just because I am a woman?’ For me it feels like the public perception of IWD is similar to Mothers Day, and in my opinion this isn’t what IWD is about so I am going to add in a very brief history of IWD.  In 1908 the unrest surrounding women’s oppression and inequality was spurring women to begin campaigning for equality, in 1910 at an International Conference of Working Women in Copenhagen a woman called Clara Zetkin tabled the idea of an international Women’s Day as an idea that every year in every country there should be a celebration on the same day to press for women’s demands for parity (the demand for equality especially with regard to status and pay). In 1911 the first IWD was honoured in Austria, Denmark, Germany and Switzerland on 19th March. In the immediate years following there were events to honour a form of women’s day across various dates in a number of countries but in 1913, March 8th was officially recognised as International Women’s Day, on March 8 1914, there was a women’s suffrage march in the UK ending in Trafalgar Square. Famously, suffragette Sylvia Pankhurst was publicly arrested on her way to speak in the central London square.

IWD celebrates the women’s rights movement, for me it is a time to reflect and celebrate the women who came before me and look to those who will come after me. I acknowledge and am thankful for the life I am fortunate to lead as a direct result of the women’s rights movement. I celebrate IWD with my two daughters and my son every year. I’ll admit I will celebrate the opening of a door as I believe there is so much in this world to be celebrated and I take every opportunity that I can to show gratitude and find positive in our world.  IWD is different to some of our other celebration. I celebrate so my daughters can acknowledge and appreciate the rights they have now that our ancestors, my grandmothers and great grandmothers, weren’t fortunate enough to enjoy. I celebrate so that all three of my children are aware of how their actions can make a difference in the future. IWD and the fight for gender parity isn’t a fight just for women, I want my son to realise that he also has a role to play in a societal quest for equality for all regardless of gender (or culture, religion, sexuality – the list goes on).

On IWD I celebrate that the glass ceiling is being chipped away (all be it slower than we would like). I celebrate that women have choice in how we dress, that we can access higher education, the sky is the limit as far as employment choices (no longer are the options limited to teacher or secretary), and of course I celebrate that we have the right to vote, we have the privilege to have a say in who makes the decisions for our country while the person we perhaps would choose to be in office may not get there we had the opportunity to cast our vote, for our voice to be heard.

I changed my title for this blog post to ask ‘is IWD still relevant in 2018?’ The women’s rights movement is not a thing of the past. Did you know that the ‘refund policy’ originated when a man could return his wife and get a refund for her dowry if he deemed her unsuitable after the marriage, or that as recently as 1981 sexual assault could not occur within a marriage as a woman was deemed to have given consent on her wedding day! Seriously, 1981!

Thanks to Women’s Rights Movement we now experience living in a society where working mothers are supported to be able to access what was ‘sick leave’ as now ‘personal leave’ so if their child is unwell they can take time off work to care for their children. We live in a time where fathers can access paternity leave (and personal leave) to be there full time for their child’s first weeks of lives. Thanks to Women’s Rights Movement the gender roles are changing and I am excited to celebrate that while acknowledging that while legally men and women may experience equality in the work place, in reality we don’t experience equality. The gender pay gap still exists, societal roles are still gendered. We have made amazing progress but there is still a way to go so in my opinion not only is IWD still relevant as we pay homage to those who came before us, it should also be used as a reminder that we still need to press the agenda of equality.

While I am overwhelmingly positive about the positive changes women have experienced over the last 107 years I would be remiss not to mention some of the negatives that I see women experiencing in 2018 as gender roles change and evolve.

100 years ago women had a clearly defined role. A woman’s place was at home keeping house and raising children. Now (I know I’m not alone in this) I feel the pressure to maintain my house, work and have a career (it’s not enough to have a job, it needs to be a career), play an active role in my children’s school as well as live up to Instagram standards of weekend and holiday excitement, contribute to the community, continue further education, volunteer, make time for my friends, organise exciting birthday parties and play dates, support my extended family oh yes and now I’m supposed to find time for self care because Facebook reminds me daily how important self care is and when it’s not reminding me that it’s reminding me I’m not beach body ready, my eyebrows aren’t on point and I haven’t attended a single Maggie Dent seminar and my eldest is nearly 13! Can you spell failure?!

We are expected to be so much to so many! In a time where men are being encouraged to talk about their feelings and express their emotions women are feeling pushed to be strong, not to be emotional (is there anything worse than being labelled an emotional woman? – she asks tongue in cheek!) We say it takes a village to raise a child, 100 years ago we had a village, today we don’t. In an age of social media women are experiencing social isolation because we are so busy trying to keep all the balls we are juggling in the air we don’t have time to be a village. With all the pressure we feel and put on ourselves it is amazing that we are still functioning! I need to add that self care is incredibly important but it is also the first thing to go as we continue to put other people’s needs before our own.

With women being so much to so many is it any wonder that at WHWS we support so many women through perinatal depression and anxiety, we support couples who have lost their connection, women who are struggling with the pressures of life, families who are experiencing the impact of the world we live in. At WHWS we support so many women who are at breaking point. Mental health is so fragile and under the pressures of changing and increasing demands women need support so that they can continue to support everyone else. While today we celebrate International Women’s Day there is still work to be done so it is vital that we keep the celebration of the women’s rights movement as it remains relevant today.

If you are feeling the pressure of being everything to everyone and you have forgotten who you are with all the responsibilities contact WHWS to see what support is available. I had a well meaning person try to use an analogy of a can of cool drink, if you don’t open the can then the can is rigid and strong, it can withhold serious pressure so people should just keep their issues to themselves and keep going and they will be fine, it’s when they open up that the problems start, (the can loses it’s structural integrity once it is open and can’t take the pressure). My response was, ‘hmmmm interesting point, take that can of cool drink and put it in the car on a 45 degree day, what’s going to happen? the pressure will build and build and eventually it will explode. Now take that open can of cool drink, put that in the same car, what happens? Sure it heats up and it looses some of its fizz but there is no explosion. So if you are feeling the pressure start to build be like that open can of cool drink, and talk to someone who can offer support!

If you haven’t yet celebrated IWD then why not support Women’s Health and Wellbeing Services as we support women, families and children in our community. We rely on donations to continue the work we do within our community and you can follow this link to make a donation. 100% of donations go to service delivery! Every donation over $2 is tax deductible. At the moment we are running a fundraising campaign asking people to make a $5 donation. $5 doesn’t seem like much, the cost of a cup of coffee, it doesn’t seem like $5 would make any significant difference but if 1000 people donate $5 all of a sudden it is significant!

Your small change can help us make a big change!